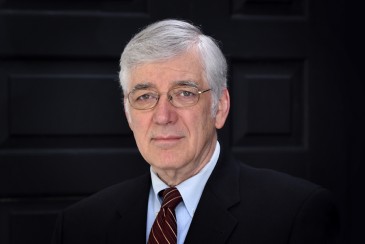 Mike Kautsch (at right) is called on to help KPA with media law issues. He provided game-changing assistance to KPA to get the shield law passed in 2010. In the past, he joined fellow attorney Mike Merriam in the "Mike & Mike Show," an educational workshop — designed for both journalists and local government officials — that focused on open meeting and open records issues.

He is former dean of the William Allen White School of Journalism and Mass Communications at the University of Kansas and is just recently retired from full-time work as a professor in the KU School of Law.

He was named to the Kansas Newspaper Hall of Fame in 2017.