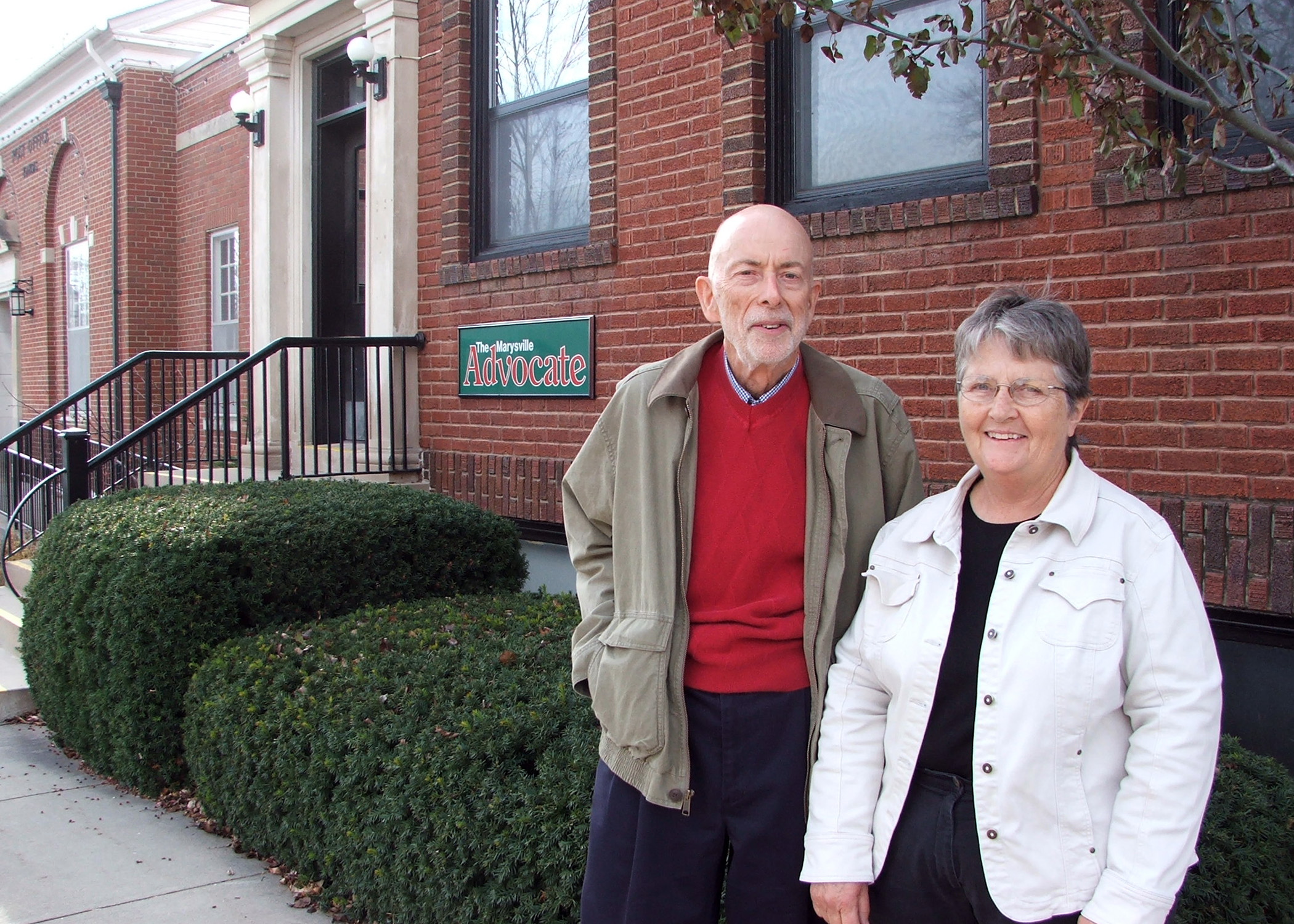 Howard and Sharon Kessinger outside their newspaper in Marysville in 2007.

While he was attending KSU, he began his newspaper career working for the Junction City Republic, which was owned by his brother, Ed Kessinger. After graduation, he continued to work for the Republic, then became advertising manager for the Abilene Reflector-Chronicle. In 1961, he went to work as managing editor of the Oberlin Herald, where he and the owner, Ernest Woodward, made a handshake agreement that if they were mutually satisfied with the arrangement, Kessinger would have the opportunity to buy the paper.

Kessinger and his wife, Sharon, bought the Herald in 1965. In 1975, they sold it to Randall Braden when they purchased the Marysville Advocate from Byron E. and Eulalia Guise. Kessinger has since been co-publisher and editor of the Advocate, where he wrote the Advocacy column for more than 25 years and continues to write editorials and news stories weekly.

He has been an ardent backer of community development efforts, first in Oberlin and then in Marysville, where he received a distinguished service award when he retired after 30 years of membership on the City Planning Commission. In 2003 Kessinger received the KSU College of Architecture Planning and Design Distinguished Service Award. Ray Weisenburger, associate dean, said through personal and professional activities and interest in education, organization and philanthropy, Kessinger had advanced the concept of community development in Kansas. “Howard’s editorials are often works of art - carefully considered and thoughtfully presented,” Weisenburger said.

Kessinger received the Kansas Press Association’s Clyde M. Reed Jr. Master Editor Award in 1999. He has been an active supporter of KSU’s A.Q. Miller School of Journalism and Mass Communications, and the KSU Alumni Association and Foundation. In 2005 he was nominated by the Miller School and chosen by the Alumni Association to be an Alumni Fellow. He is a trustee of the William Allen White Foundation at the University of Kansas and currently serves as vice chairman.

Their daughter, Sarah Kessinger, joined the newspaper in 2008 after serving several years as a Topeka correspondent for Harris News Service.