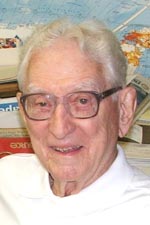 Don McNeal, who began his journalism career in 1936 at the Council Grove Republican, is a little like the coffee table book, “From Quill to Computer.”

He wasn’t around in the days of the quill and parchment paper, but through the years, he has worked through several generations of printing equipment, from handset type, to Linotypes, to Compugraphic typesetting equipment and, of course, computers. During the year of his induction, Don still was using the original Macintosh Plus that was the first computer purchased in the late 1980s.

Up until this past fall, Don was still working more than 50 hours a week at the Republican. That’s when he was injured in a fall at the office. After a few weeks in rehabilitation, he moved into the new Council Grove assisted living facility. Even then, he continued to write his weekly column -- “Let It Be Said,” by The Old One -- utilizing a tape recorder. He has been able to return to the office on days when weather permitted.

In 1937, he married his college sweetheart, Lucile Johntz. After a year in public relations with City Service Oil Company, in Bartlesville, Okla., he 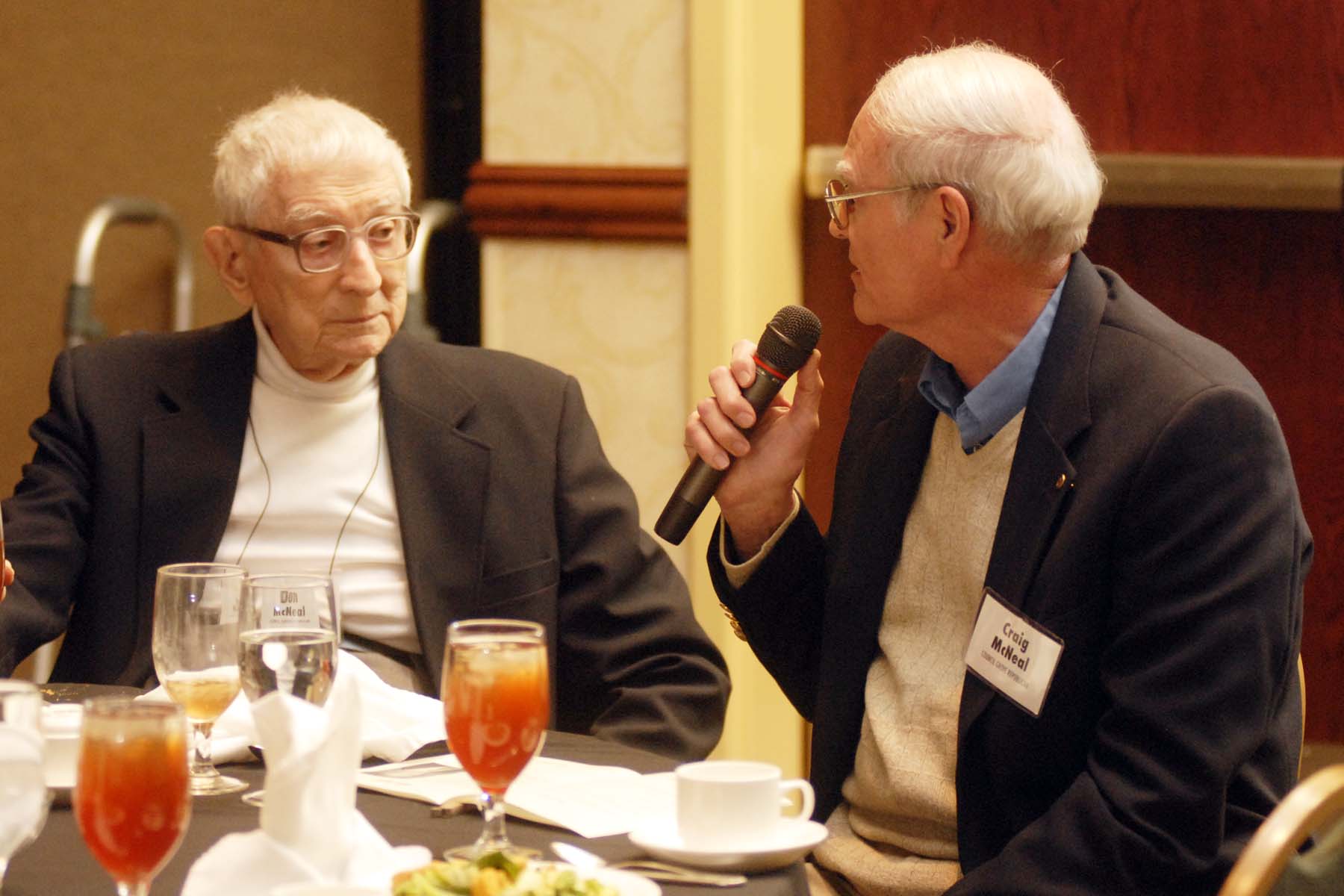 realized his love was in community journalism and the family returned to Council Grove.

He served as an officer in the U.S. Army during World War II, attaining the rank of lieutenant colonel. He became a partner with Lawrence in the Republican on Jan. 1, 1947. Don and his son, Craig McNeal, became co-owners in 1975; Craig has been the sole owner since 1985. Lucile died in early 2009.

During the past 72 years, Don has written more than 200,000 stories, big and small, and attended thousands of school board and city council meetings, while covering the other happenings of a small community and surrounding area -- marriages, births, deaths, historical celebrations, county and city government elections, school events, highs and lows of area sports teams, major fires, blizzards and floods. If you were picked up for speeding in Morris County, you made the front page; Don himself made that list at least once.

His career dates back to before funeral homes provided obituary information when there was a death. Editors and reporters had to call the family to obtain the individual’s history, survivors and funeral arrangements. Don remembers receiving word of a death in rural Morris County, calling the man’s home to talk to a family member. To his surprise, it was the man himself who answered the telephone.

He had a similar situation and had to write about himself when the rumor quickly spread through Council Grove that he had died following his head surgery last year, even though everything had gone well. A “Let It Be Said” column written while he was in a Topeka hospital quickly responded with: “As Mark Twain is credited with writing, ‘the rumor of my demise was greatly exaggerated’!”

When asked what it takes to publish a daily newspaper for so many years, Don said, “Being willing to work, have a son and family members willing to work hard, and above all else a wife who is supportive, anxious to help out and understanding when meetings and work demand so much of the publisher’s time.”

He also is proud of the Republican staff. The five members, including himself, have a total of 192 years with the newspaper.

Don was the recipient of the Clyde M. Reed Jr. Master Editor Award (2003), received the prestigious Kansas State University Alumni Medallion Award and the Huck Boyd Leader of the Year Award from the Huck Boyd National Institute for Rural Development in recognition of outstanding leadership in community journalism.

He also received the George F. Hixson Fellow Award from Kiwanis International, has been recognized as the Council Grove Citizen of the Year, and received the Friend of 4-H Award, among many other honors.