Bill Meyer dedicated the greater part of his life to the Kansas newspaper industry and the communities his weeklies newspapers served.

His mother, Ruth, was a newspaper reporter for the El Dorado Times and William Allen White’s Emporia Gazette.

After graduating from the University of Kansas with a bachelor’s degree in journalism in 1948, Bill went to work as news editor of the Marion County Record. He became editor and publisher of the weekly in 1967.

Though he retired from day-to-day operations in 2003, Bill continued to serve as publisher emeritus and as president of Hoch Publishing Company Inc., which owns the Record, the Hillsboro Star-Journal and the Peabody Gazette-Bulletin, until his death in 2006.

Throughout his career, Bill was an active member and leader of the Kansas Press Association. He served on the board as weekly membership chairman, legislative chairman and as president in 1982-83. He served on the Kansas Newspaper Foundation Board of Trustees and as an honorary chair of the Foundation’s campaign. He earned each of the association’s special awards — the Boyd Community Service Award in 1979; Clyde M. Reed Jr. Master Editor Award in 1998 and the Gaston Outstanding Mentor Award in 2000. Bill has also received the coveted Eugene Cervi Award from the International Society of Weekly Newspaper Editors.

His wife Joan and their son, Eric Meyer, continue as owners and officers of Hoch Publishing Co. Eric is an associate professor of journalism at the University of Illinois and managing partner of NewsLink Associates. They had one grandson, Nate. 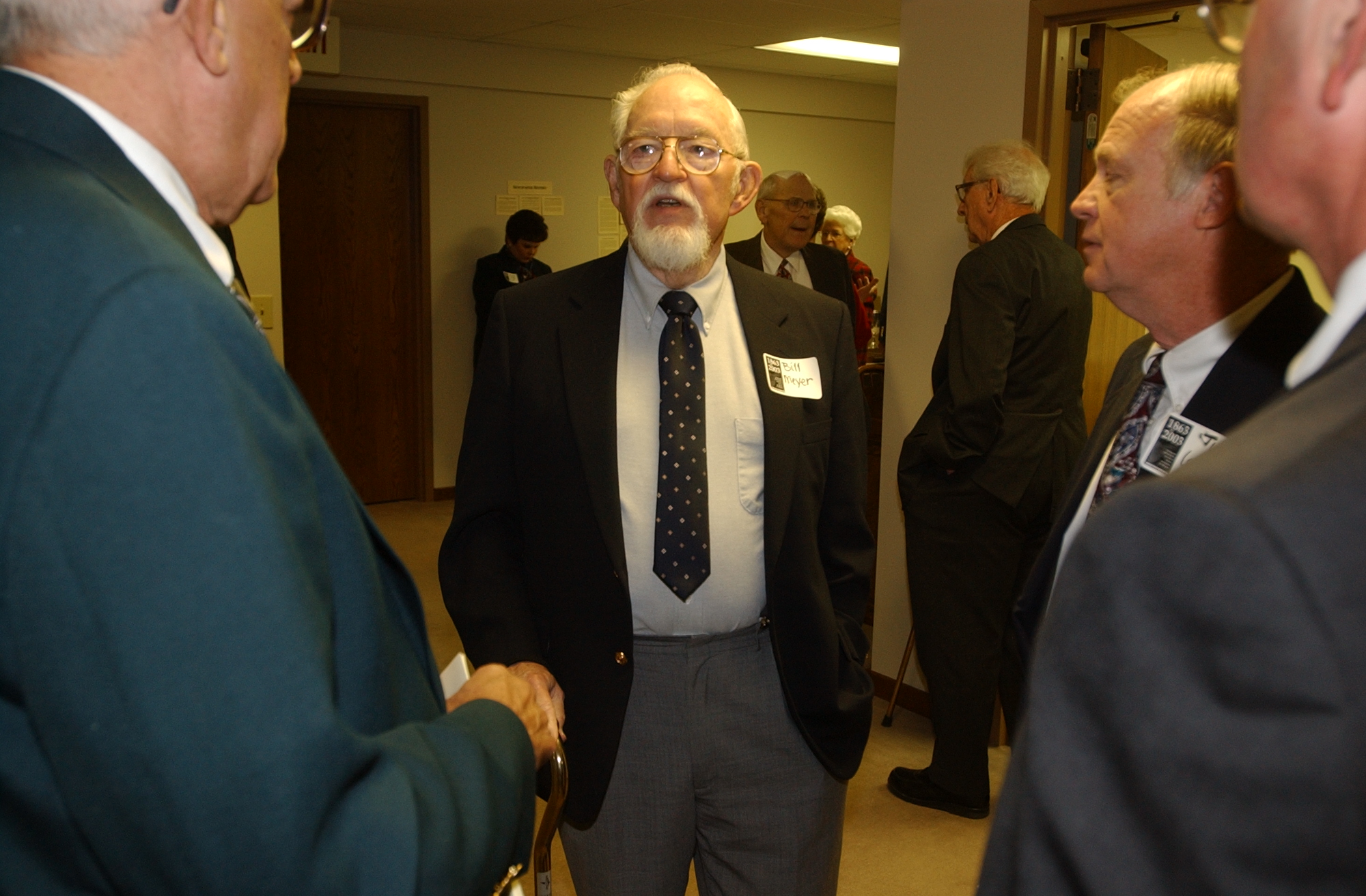 Bill Meyer, center, is shown talking to Dick Clasen (left), and (at right) Jim Logback and Doug Anstaett at the Kansas Press Association's 140th anniversary celebration in Topeka in 2003. In the background are Web Hawkins and Don McNeal.