Howard Kessinger, 81, long-time editor and publisher of the Marysville Advocate, died of complications of Huntington's Disease Feb. 22, 2014 at a hospital in Lincoln, Neb. He had been fighting the disease for years and had been battling pneumonia the past several days.

He and Sharon sold the newspaper to daughter Sarah Kessinger in 2012. She is a current member of the KPA board.

While he was attending Kansas State University, he began his newspaper career working for the Junction City Republic, which was owned by his brother, Ed Kessinger.

After graduation, he continued to work for the Republic, then became advertising manager for the Abilene Reflector-Chronicle.

In 1961, he went to work as managing editor of the Oberlin Herald, where he and the owner, Ernest Woodward, made a handshake agreement that if they were mutually satisfied with the arrangement, Kessinger would have the opportunity to buy the paper, which they did in 1965.

They sold it to Randall Braden in 1975 and bought the Advocate.

Services for Howard Kessinger are at 2 p.m. Thursday, Feb. 27, 2014 at Memorial Presbyterian Church in Marysville.

Here's a link to a story on the Marysville website:

If you would like to send a card to Sharon or Sarah Kessinger, here's the address for each:

Below are (from left) Sharon, Howard and Sarah Kessinger at his retirement reception two years ago. 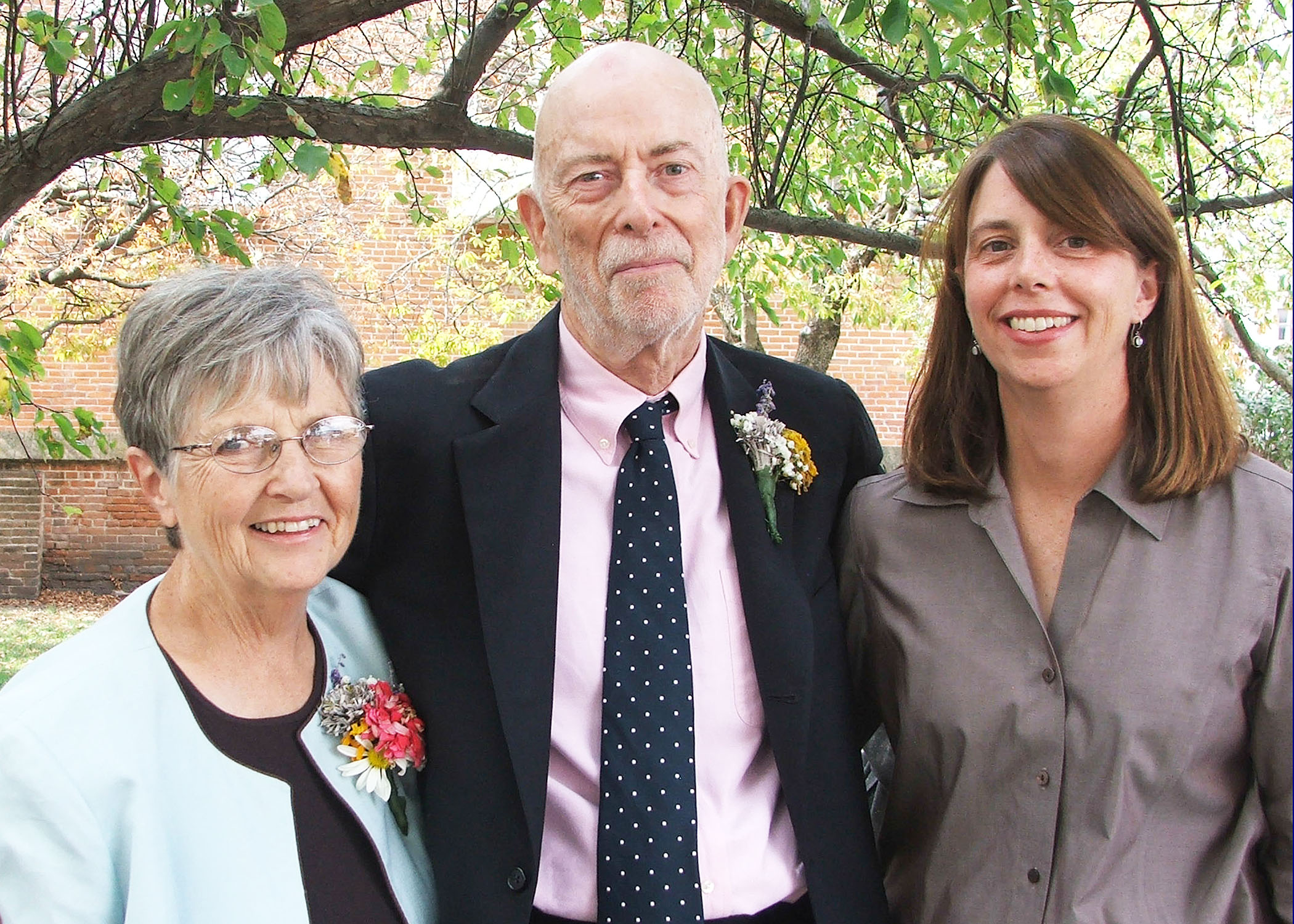