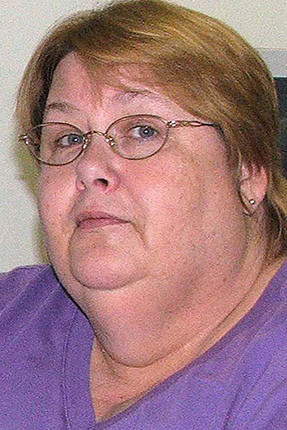 Rhonda Humble, 66, long-time publisher of the Gardner News and a past president of the Kansas Press Association , died Sept. 24, 2022, at Olathe Medical Center.

She was born in Kansas City, Mo. on Jan. 13, 1956 to Frank Henry Kearney and Frances LaVerne (Huttsell), Kearney. She grew up in Missouri, graduating from Raymore Peculiar High School in 1974.  Rhonda went to college for journalism and earned an Associates of Arts Degree from JCCC.

Humble recently retired as publisher and owner of The Gardner News. She had also owned The Spring Hill New Era, Merchandizer, Southwest Journal, Wellsville Globe and The African Voice publications. She received the 2006 Boyd Award; Award of Excellence for column writing, KPA: Lady of the Year Award – Gardner Beta Sigma Pi. Rhonda was Gardner Area Chamber of Commerce president, 1991, Kansas Press Association president, 2001 and Southwest Johnson County Economic Development Council president. She was part owner of Whiskey River Dance Hall & Saloon, Olathe. She was a key supporter of The Bank of Knowledge Library, Edgerton. She worked tirelessly to get free metro phone service locally.  She taught people to think and defend their point of view.

Her hobbies included visiting with friends, genealogy, tarot card reading, playing Scrabble (nationally ranked) and dominoes.  Rhonda’s most valued time was spent being with her family, especially her two grandchildren.  She will be remembered as a very caring person with a big heart, someone who helped many people when they were struggling.