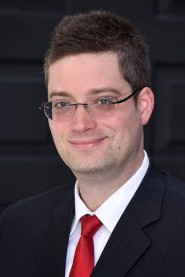 Kautsch, 37, will serve the Kansas Association of Broadcasters in a similar capacity.

In his private practice, Kautsch specializes in helping clients assert and protect First Amendment rights and has practiced law since 2003 in a variety of fields including criminal defense, landlord/tenant and entertainment law.

He lives in Lawrence with his wife, Sierra.

He is the son of Dr. Mike Kautsch, professor of law at the University of Kansas and media law consultant to KPA, and his wife, Elaine.

Since 2014, he has litigated on behalf of media clients seeking access to probable cause affidavits and other criminal court records in Labette, Franklin and Douglas counties. He represents the University Daily Kansan and has assisted student journalists in requesting and analyzing public records under the Kansas Open Records Act and the federal Freedom of Information Act.

Kautsch also serves as the Kansas liaison for the national Records Preservation and Access Committee, which is a genealogist-backed organization supporting access to public records.

If you have hotline questions for him, he can be reached on his cell phone at (785) 393-5520 or by email at maxk@kautschlaw.com. He will operate under the same guidelines as his predecessor: the initial call for advice will be covered by KPA. Any legal advice beyond that will be negotiated between the two parties.