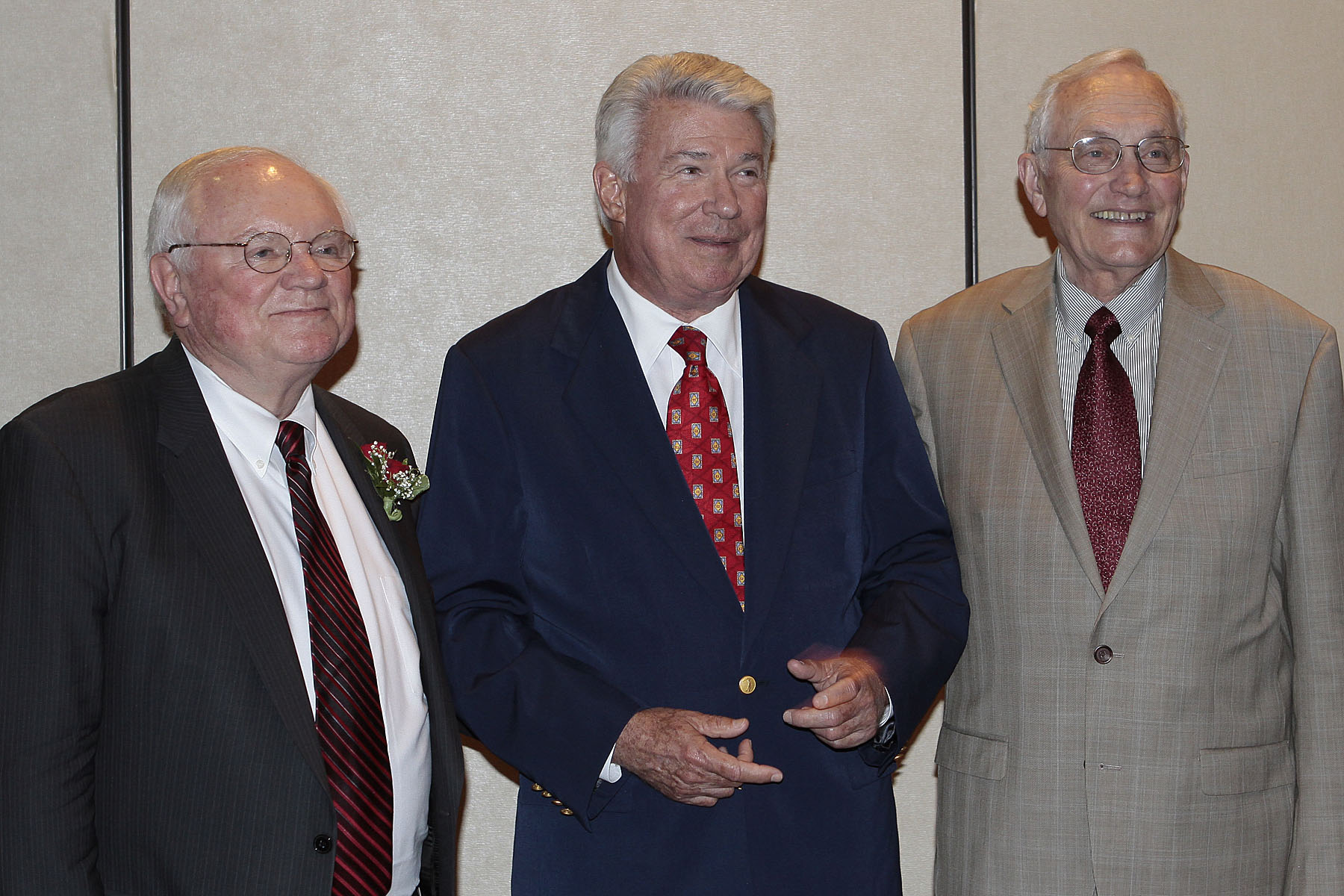 Ferguson, a graduate of the University of Oklahoma, begin his journalism career in 1958. After two years at his hometown newspaper, the Ponca City News, he joined AP and served in Oklahoma City, Sioux Falls, S.D., Minneapolis and Kansas City before becoming the wire service’s Topeka correspondent in 1970.

Following his retirement, he served a four-year term (2001-2005) on the Kansas Board of Regents.

Ferguson was named to the Oklahoma Journalism Hall of Fame in 2009.

While at KU, he served on the faculty for 23 years, as dean of the School of Journalism for 11 years and as vice chancellor of academic affairs for seven years.

After leaving KU in 1993, he was director of journalism programs at the John S. and James L. Knight Foundation in Miami.

Montgomery is the fourth generation of a Junction City newspaper family. He began his newspaper career at the San Francisco Chronicle in 1964, then left in 1973 to become publisher of the family newspaper, the Daily Union.

He converted the Daily Union to offset printing and computer technology. He steered the company into television in the early 1980s, starting a station in Junction City and later expanding it to Manhattan and Emporia. Eventually, the station became the Fox network affiliate in Topeka.

He twice was appointed to the Kansas Board of Regents and chaired it once. He is a past member of the boards of the Associated Press and American Newspaper Publishers Association.

Other awards given Friday night included:

• Boyd Community Service Award: The Emporia Gazette, for its “Food for Students” program.

• Victor Murdock Award: Judy L. Thomas, Kansas City Star, for a series on the alleged victims of abuse by priests in the area. 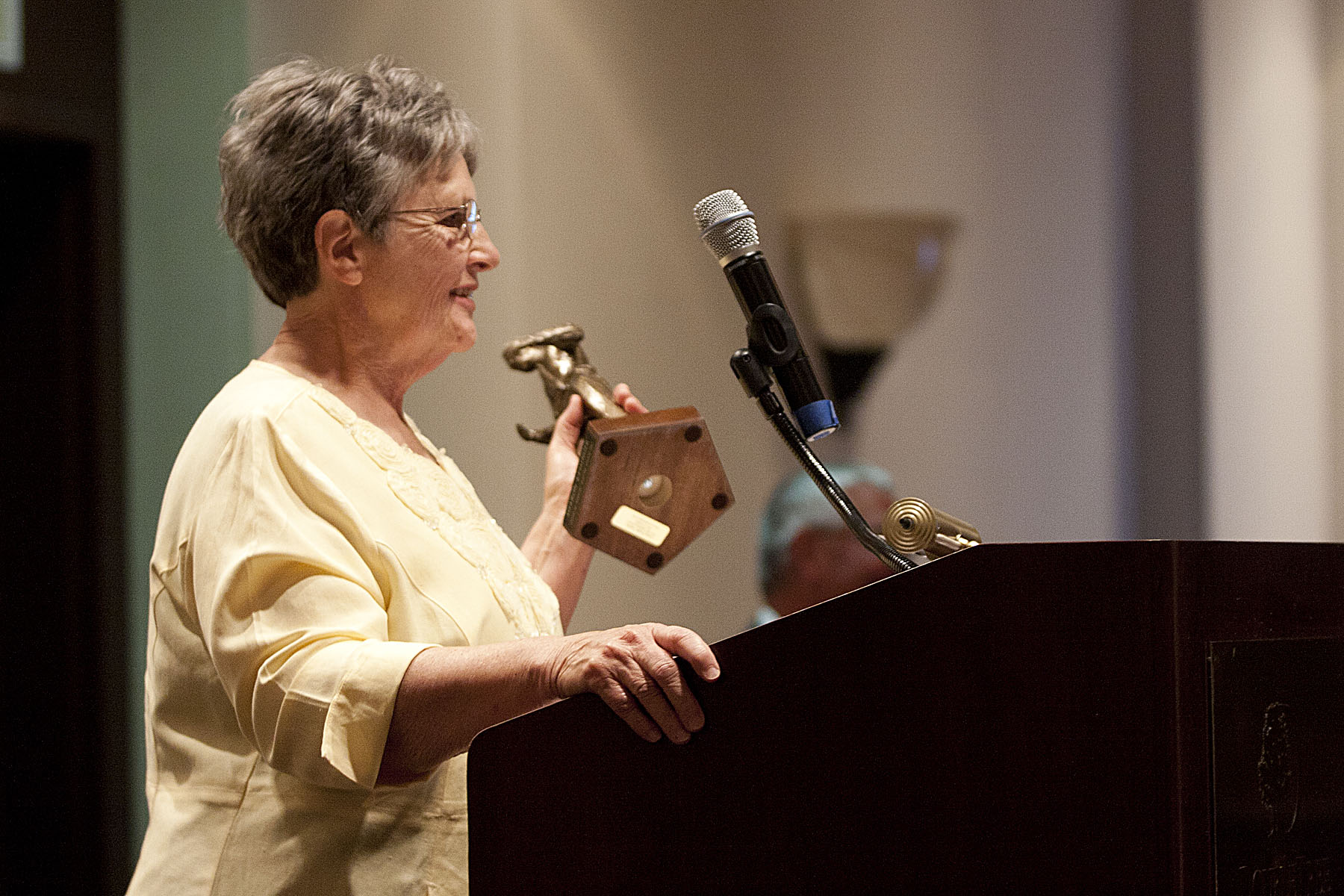 Paul Branson Sr. (third from left) of the Osawatomie Graphic was the winner of the Gaston Outstanding Mentor Award. He is shown with former Graphic publisher Web Hawkins and sons Greg and Paul Branson. 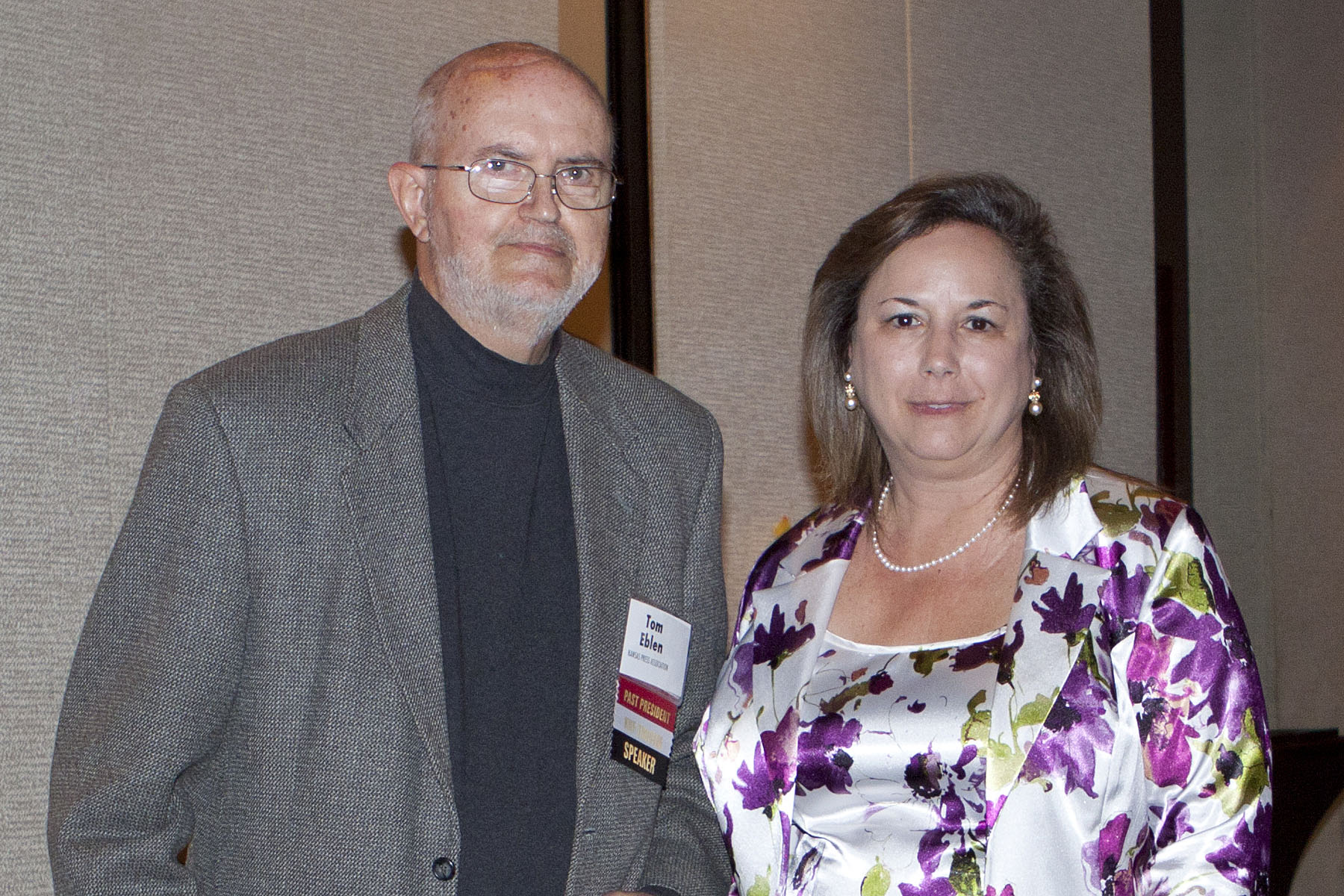 Judy Thomas, right, was the winner of the annual Victor Murdock Award for reporting excellence. She is shown with Tom Eblen, KPA's news consultant. 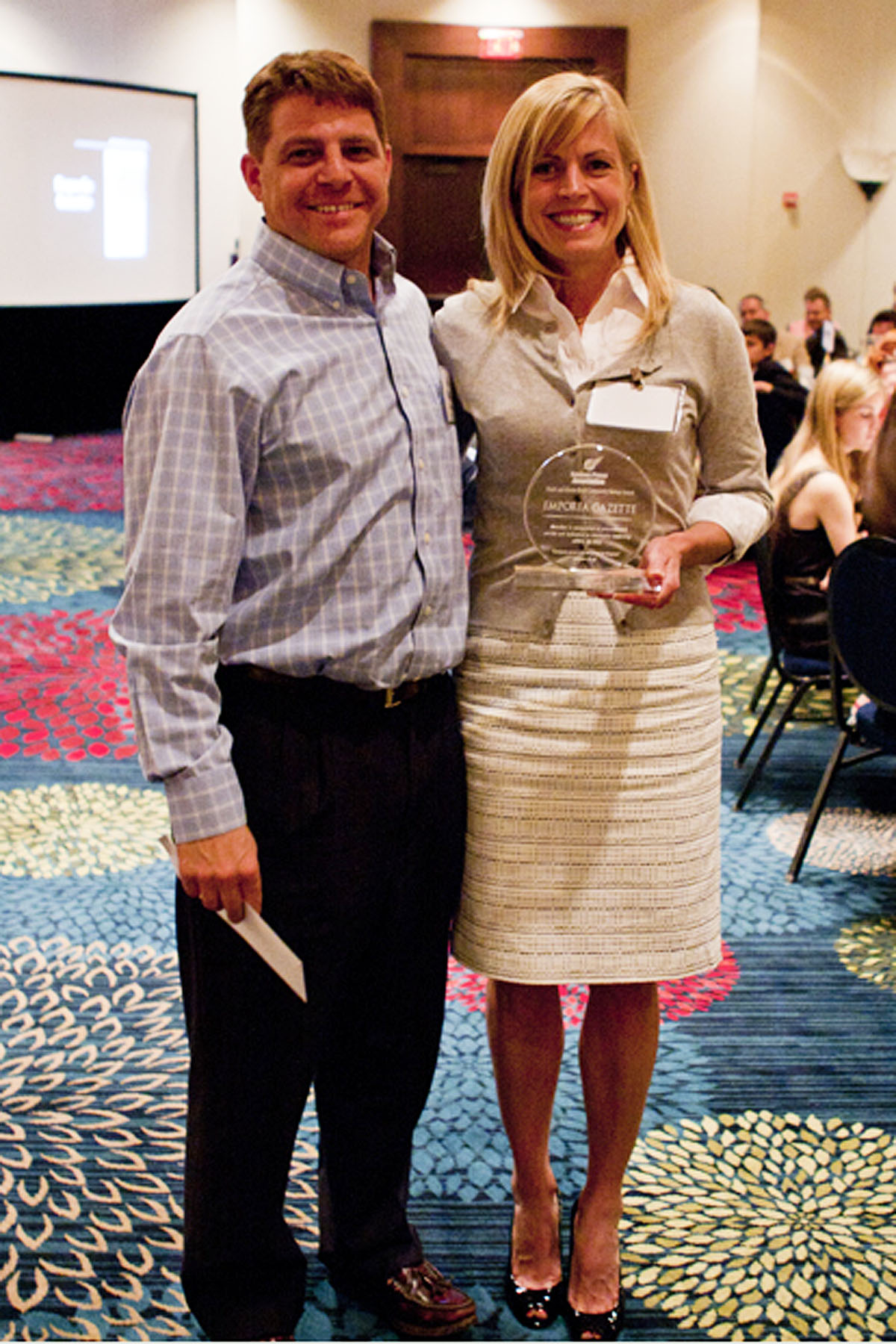 Chris and Ashley Walker of the Emporia Gazette, winners of the Boyd Community Service Award.