The Kansas Press Association is winding down the active phase of its project to retrieve the pictures of Kansans killed in Vietnam for a "Wall of Faces" display at the Vietnam Memorial in Washington, D.C.

When the effort began, 265 of the 627 Kansans who died in Vietnam did not have pictures on the Wall of Faces. So far, through the efforts of KPA member newspapers, KPA staff and others, 157 of those pictures have been found and uploaded.

The Vietnam Veterans Memorial Foundation project, “Faces Never Forgotten,” wants to complete an electronic “Wall of Faces” in the new education center at the Vietnam Memorial Wall before Veterans Day in November.

To read a Sept. 7 Topeka Capital-Journal story about the project, go here.

To read a follow-up story Sept. 28 Capital-Journal story about the project, go here.

Here are pictures that ran with the C-J articles. 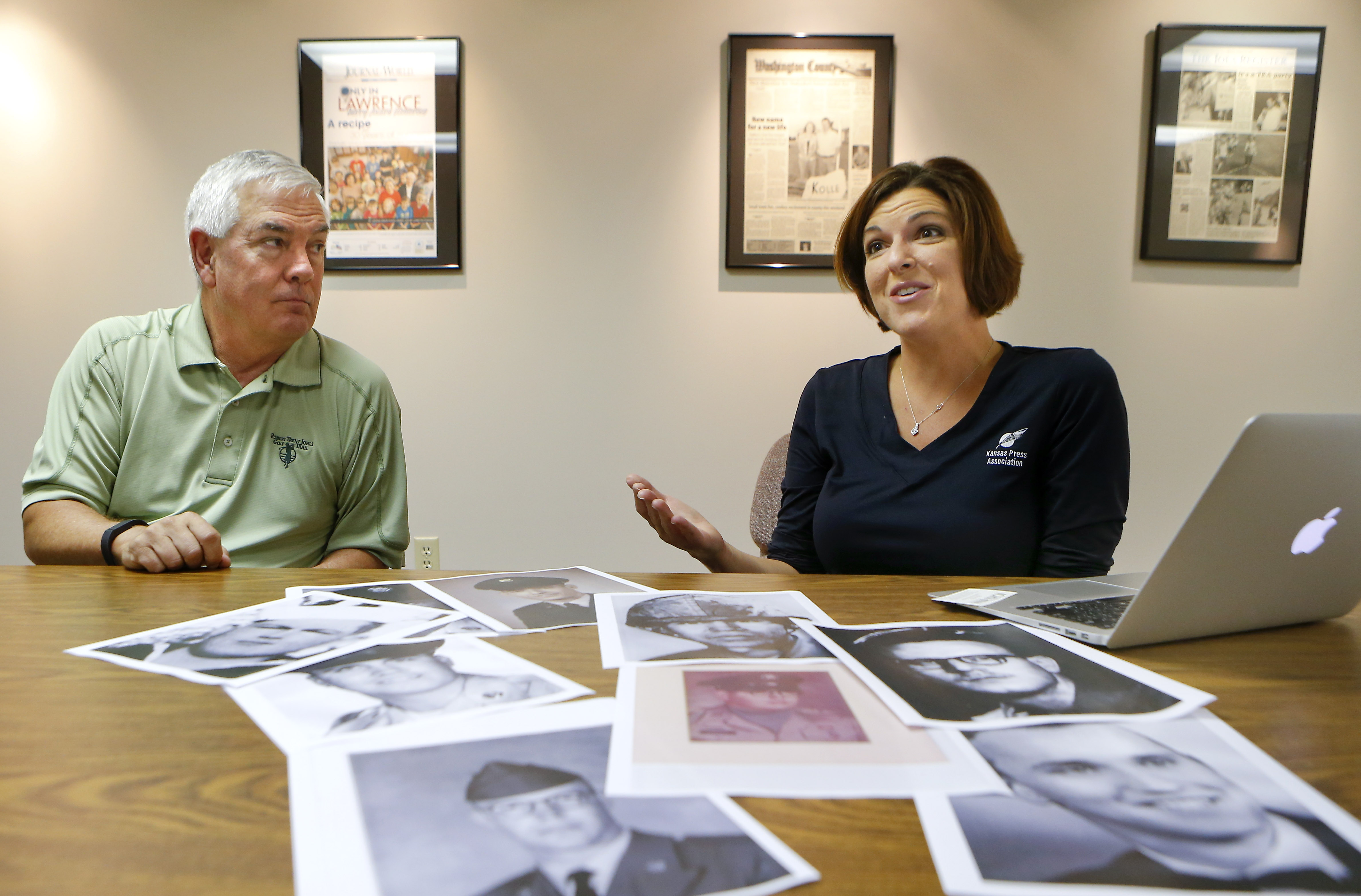 Below, Rich Gannon, of the Kansas Press Association, is searching for photographs of Kansas servicemen killed during the Vietnam War. 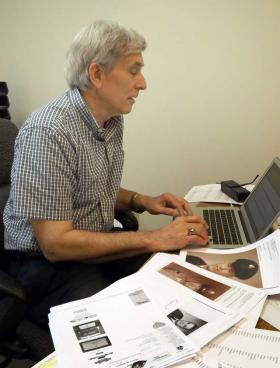