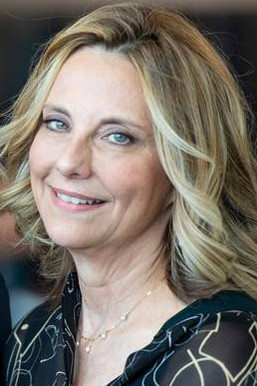 The winners of the 2020 Pulitzer Prizes were announced in atypical fashion Monday afternoon.

Melinda Henneberger of the Kansas City Star was a finalist in the edtorial writing category.

Usually held at Columbia University in New York City, due to the coronavirus pandemic this year’s Pulitzer announcement took place in Pulitzer administrator Dana Canedy’s living room and being livestreamed via YouTube.

The Pulitzers are generally regarded as the highest honor that U.S.-based journalists and organizations can receive.

Poynter President Neil Brown is a member of the Pulitzer Prize Board. Brown declined to discuss last week’s board deliberations, but offered:

“The Pulitzers once again remind us that sometimes a little guy — one journalist, a small newsroom, even a curious tipster — can land a strong blow against systemic abuse, neglect or injustice in our communities. The stories we celebrate not only enlighten, but they also help us engage. An enduring theme of American journalism is that it helps move us off the sidelines, get involved, demand action. In these confusing times of crisis, it’s useful to remember that journalism is part of the democracy tool kit, and we need not feel powerless.”

Here are the 2020 Pulitzer Prize winners:

Awarded to the staff of The (Louisville, Kentucky) Courier-Journal for coverage of hundreds of last-minute pardons from Kentucky Gov. Matt Bevin

Awarded to Brian M. Rosenthal of The New York Times for an investigation of New York City’s taxi industry that revealed predatory loans that took advantage of vulnerable drivers

Rosanna Xia, Swetha Kannan and Terry Castleman for a series on the effects of climate change on the California coastline and the people living there
The staff of Reveal from the Center for Investigative Reporting for reporting on worker injuries at Amazon’s warehouses

1.      Awarded to T. Christian Miller, Megan Rose and Robert Faturechi of ProPublica for an investigation of a series of accidents in America’s 7th Fleet

The staff of The Wall Street Journal for coverage of a California utility’s equipment neglect, which led to deadly wildfires

Awarded to Nikole Hannah-Jones of The New York Times for a personal essay that opened the 1619 Project, which viewed America’s origins through the lens of enslaved Africans

Justin Davidson of New York Magazine for architecture reviews, including a look at the development of Manhattan’s Hudson Yards
Soraya Nadia McDonald of The Undefeated for essays on theater and films about the intersection of race and art

Melinda Henneberger of The Kansas City Star for editorials on abortion access, sexual assault and domestic violence
Jill Burcum of The (Minneapolis) Star Tribune for writing about a proposed mine and pollution in the waters of a wilderness area

Dieu Nalio Chery and Rebecca Blackwell of the Associated Press for images of lynching, murder and human rights abuses in Haiti
Tom Fox of The Dallas Morning News for coverage of a shooter outside of the Dallas Federal Building. Poynter talked to Fox after the incident last year.

Awarded to Channi Anand, Mukhtar Khan and Dar Yasin of the Associated Press for images showing life in the contested Kashmir as India revoked its independence

Awarded to This American Life, with Molly O’Toole of the Los Angeles Times and Emily Green, a freelancer for Vice News, for “The Out Crowd,” a look at the personal impact of the Trump administration’s “Remain in Mexico” policy

Nigel Poor, Earlonne Woods and Rahsaan Thomas for “Ear Hustle,” a look at life behind the bars from inmates at San Quentin State Prison
Andrew Beck Grace, Chip Brantley, Graham Smith, Nicole Beemsterboer and Robert Little of NPR for “White Lies,” a podcast about an infamous murder from the Civil Rights era

Awarded to the Anchorage Daily News, with contributions from ProPublica, for a series on small towns in Alaska that lack police protection

The New York Times for reporting that exposed the scope of a political war on science
The Washington Post for data-driven reporting that provided insight into the opioid epidemic in the U.S.

The Pulitzer Prize Board awarded a special citation to Ida B. Wells, an early pioneer of investigative journalism and civil rights icon. The Board will also bequest at least $50,000 in support of Wells’ mission. More details will be announced at a later date.

Ren LaForme is Poynter’s interim managing editor and digital tools reporter. He can be reached at ren@poynter.org or on Twitter at @itsren.