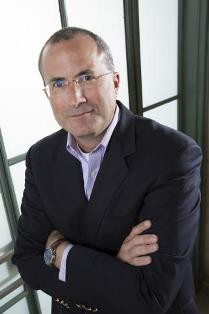 While it is often hard to perceive the tides of history while we are in them, many of us believe that Australia is about to make a choice that could change the course of civic societies around the globe. That choice is not only about the future of news publishing, but also whether we can build communities based on facts instead of misinformation and hate.

There are historic precedents for this kind of moment. In the 19th century, music was primarily a print business (sheet music). It was “disrupted” by recording devices. Embracing that future, governments authorized music licensing regimes — backed by the force of law — to return value back to publishers and artists. Those systems have supported music for more than 100 years, such that Google and Facebook (among many others) now pay to license music content. Similarly, in the 1990s broadcasters in many parts of the world won the right to compensation from cable companies, and those systems of retransmission fees still support much of local TV.

News publishers create a type of content that is critical to communities but also expensive to produce. (Information may want to be free, but professional reporters need to be paid.)

Publishers deliver this content into a digital ecosystem that is primarily controlled by two companies, Google and Facebook. These companies use proprietary, profit-centered artificial intelligence to determine where and when news shows up in searches and feeds. When I Google “news,” it decides how my results differ from yours, just as Facebook decides what is in my newsfeed. The platforms then also control much of the digital advertising ecosystem — with Google, in particular, taking a cut of a vast percentage of online ads even when someone goes directly to a publisher’s website.

The platforms are completely nontransparent about the economic value they receive from their control of news content, and any estimates usually overlook the value of the data collected. Every time Google or Facebook cites a figure — such as the supposed value of traffic they “deliver” — they should also be required to show exactly how the number was calculated.

The result is that Google and Facebook are strangling news publishing everywhere. This not only affects established publishers but also forecloses on the growth of new journalistic voices. The sad irony is that quality news and information could actually be an antidote for many of the platforms’ biggest problems around hate speech and misinformation.

News publishers all around the world need legally established compensation systems that fairly value their journalism and provide dispute resolution mechanisms that are outside the control of the platforms. The Australian government has stepped forward and proposed just such a system. The bargaining code is brave, thoughtful and right. It could well mark a positive turning of the tide for the future of journalism, not only in Australia but across the globe.

We hope that all parties seize the moment, pass the code and reassert the interests of communities over the demands of a few dominant companies. If it can show the way, Australia may be the first to act but it certainly won’t be the last.

David Chavern is the president and chief executive of the News Media Alliance, a trade association representing the interests of about 2,000 news publishers across the U.S. and Canada.

(This op-ed originally appeared in The Australian newspaper.)